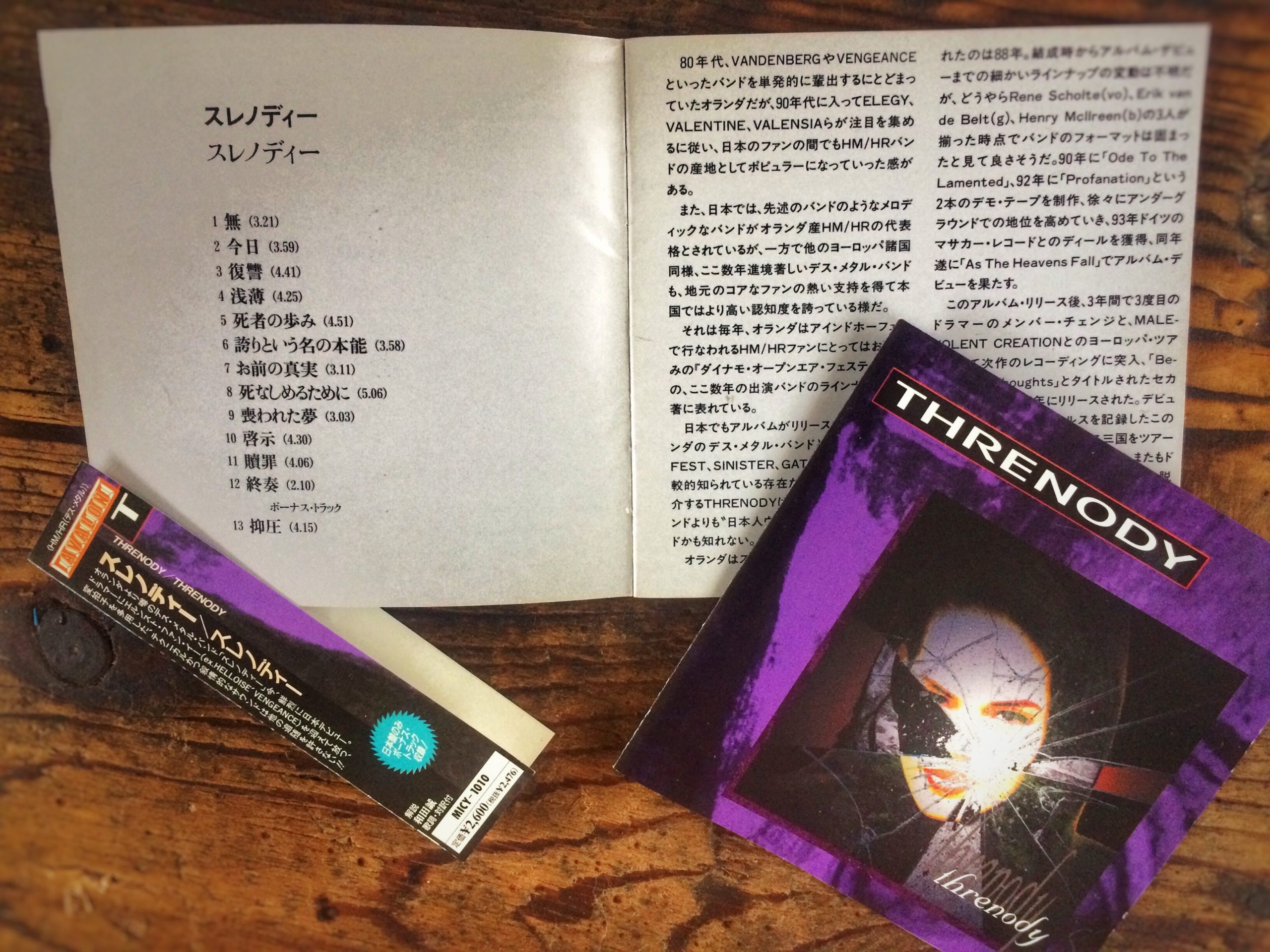 In February 1997 the third self-titled album “Threnody” was released. It was recorded in Germany with producer Gerhard Magin in September and December 1996. Two new band-members played on this album: Menno Gootjes and Ernst van Ee. This album was released worldwide but Japan had a special edition. All lyrics and the added biography in the booklet were translated to Japanese and “Dare Restrain” (from Bewildering Thoughts) was added as a bonus.