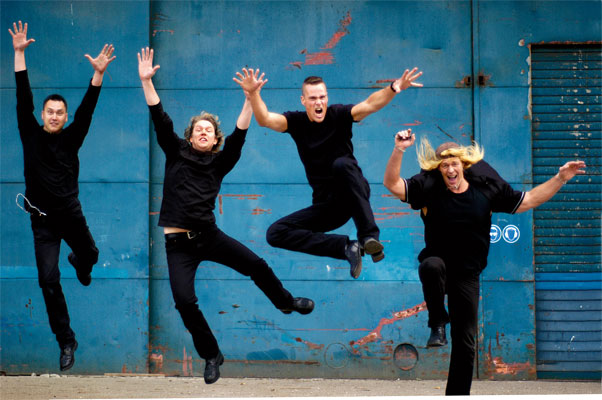 Threnody based in Schiedam, Holland, was founded in 1988. With two demos “Ode to the lamented” (1990) and “Profanation” (1992) the band established an excellent reputation in the underground scene.

In 1993 Threnody signed a deal with Massacre Records and the debut album “As the heavens fall” was released. In the Metal scene and by the press it was well acclaimed as an original and progressive Death Metal album.

After a European tour with Malevolant Creation (USA) the band entered the studio to record their second album “Bewildering Thoughts”. Gerhard Magin was chosen to produce the new album. This album was a big step forward for Threnody, they changed their style to a groovier and straight sound mixed with progressive parts. They almost left the death metal field. The album was highly acclaimed by the press and the band could double the sales of their debut. Reaching the finals of the biggest talent contest for music in Holland and the release of “Bewildering Thoughts” established the band’s reputation and also attracted a lot of non-metal fans.

Drummer Richard van Leeuwen left the band after a small European tour. But with Ernst van Ee (Helloise, Tamas, Ayreon) Threnody managed to get the best Dutch drummer to replace him. Also the replacement of guitarist Erik v/d Belt for Menno Gootjes made the band leap forward in numerous ways. After doing gigs with Death, Sepultura and Paradise Lost the band headlines the Generation Xtreme tour in March ‘96.

September ’96 the band entered the studio again to record their third album simply entitled “Threnody”. Again Magin was chosen to produce and the band follows the way they started on “Bewildering Thoughts”. Grooving rock riffs meet with progressive licks and Rene Scholtes aggressive vocals. Van Ee’s brilliant and virtuous drumming even tops the drum tracks of the second album. In combination with the excellent guitar licks of Gootjes it proved that Threnody, even with half the original lineup, was unstoppable. With this album Threnody stated that they were back in 1997 and recorded their best album so far.

In 1999 the band started working on their fourth album. A regular listener of Threnody music will come to find that there is a new approach to the music and lyrics. Threnody really took their time to start a new vision to their music without leaving the original roots. The groove and power is still there but these were given an extra edge by adding more melody licks to the numbers. Gootjes and Scholtes guitar riffs still are progressive and heavy. The heavy bass playing from Henry McIlveen complements van Ee’s pounding drums. Rene Scholte’s vocals took a new direction and surprised many.

Menno Gootjes decided to start up his own band in 2003 and was forced to stop with Threnody. However a lot of songs written together with Gootjes are on the last album. In 2004 the band recorded the result of years of work in the Soundpark Studio in Schiedam and was produced by themselves. The album “Control” was released in 2005 and supported by a new line-up.